Hugo joined SHM as a Project Consultant in 2019, having previously spent two years working with the SHM Foundation. Hugo’s background of work with start-ups and in business development roles encourages him to approach problems with an open mind and a creative spirit. He enjoys designing and building operational processes, and in particular, thinking thoroughly through the end user’s experience of his creations.

Hugo studied Modern Languages and Social Anthropology at Cambridge University, and he recently obtained a law degree from BPP University. Hugo’s training as a linguist and a social anthropologist has given him a sensitivity to the cause and effect of the language and behaviour that people use in their interactions with one another.

Alongside of his work at SHM, Hugo continues to advise the SHM Foundation on technology and operational issues, having spent two years leading the research, development and deployment of the technology that underpins the Foundation’s digital support group model. 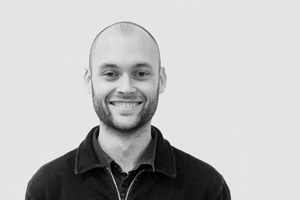