Sophie is a founding director of SHM. After a career as a documentary film-maker at the BBC, she spent many years dedicated to shaping the way SHM works, in particular setting the tone for the company's approach to talent management.

As a creative director and film-maker, Sophie worked with people with very different lives: from distinguished artists to young people in care; from sex workers in Kolkata to Premiership footballers. Sophie has consistently brought the skills she developed in those contexts to the firm, ensuring that everything we do is based on sound principles of collaboration and a commitment to excellence. She has insisted on the primary importance of painstaking observation and of respect for the people we interview or study. These ideas have stood the test of time, and been adapted to new challenges as our work has evolved to deal with new sectors, new offerings and new technologies.

Over the past few years, Sophie has remained committed to SHM but has dedicated more of her time to her artistic career, pursuing an interest in painting and printmaking. 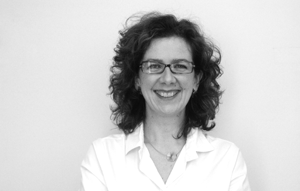