Erica Toth is Managing Director of SHM, overseeing SHM's portfolio of projects and running our project team. Erica is also leading SHM’s expansion to the Americas with the establishment of our New York office in March 2013.

Since joining SHM in 2006, Erica has designed and led large transformation, consumer-insight, and capability-building programmes for some of the world’s top multi-national organisations. Erica has a passion for solving complex human-centred problems and has a keen understanding of how to drive sustainable change. Much of Erica’s work is focused on helping organisations and the people within them adapt to, and succeed in, an increasingly global world.

Along with SHM’s CEO Maurice Biriotti, Erica has developed SHM’s operational relationship-management capability and grown it into a successful and unique practice area for SHM. In addition to her work with SHM’s clients, Erica is leading a pro-bono project that seeks to transfer SHM's skills in mediating conflicts between organisations to conflict or post-conflict areas of the world.

Prior to joining SHM, Erica worked in media and politics. She was a booking producer for MSNBC News in the US and also worked as a legislative assistant to two US congressmen. Erica graduated magna cum laude from Columbia University in 2002 with a Bachelor's degree in History. She then earned a Master's degree in History (Hons) at Oxford University (St. Catherine's College) in 2003 and a Master's degree in Global Politics (Merit) from the London School of Economics in 2005. Erica speaks fluent Hungarian, conversational French and is learning Spanish. She is an avid reader and enjoys travelling and working across the world. 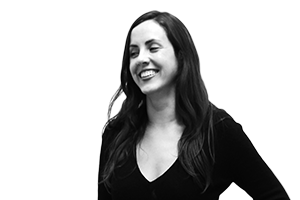